Ray (1915-1997) and Mildred (1915-1997) Connett were the early pioneers of naturism in Canada. In the late 1940’s, the very idea of naturism was seen as subversive. Unconcerned about damage to their personal reputation, both Ray and Mildred Connett became very public promoters of naturism. Ray was a prolific writer of the subject and helped organize Canadians who were interested in naturism.

At a time when information about naturism was scarce and newspapers would not carry naturist advertising, Connett became a key contact point for people looking for clubs in their areas. He was also an important resource for clubs that were just starting up. Individuals interested in naturism would write to Connett who would pass on the contact information to a local club. Since the existence of most clubs was a secret, they would never have grown in membership if it hadn’t been for process.

In this video, we see Ray Connett in a 1994 TV appearance on the Phil Donahue Show. https://www.youtube.com/watch?v=oB6dUj1popQ

From the Federation of Canadian Naturists Library: 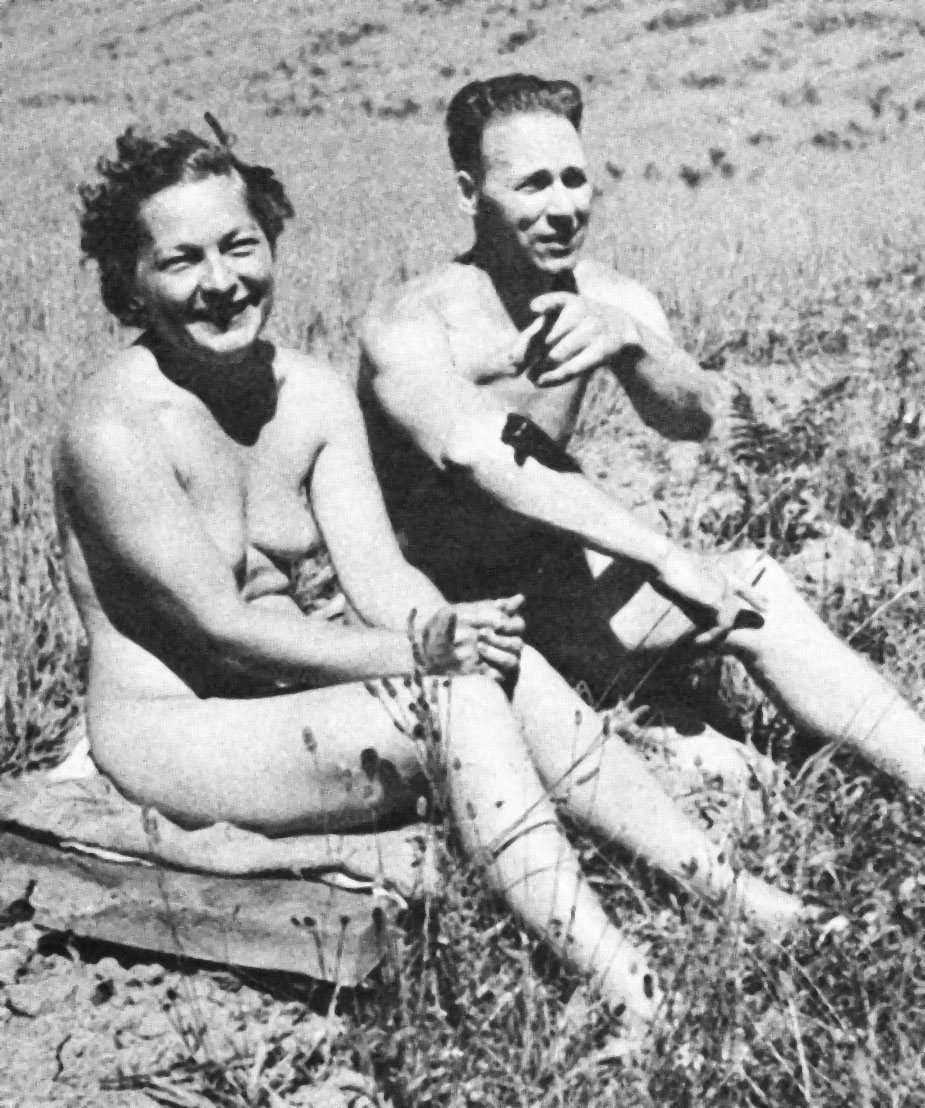 “Ray Connett is the man who, in his own humble words, “started the whole nudist movement in Canada.” Connett (the name “rhymes with cadet not bonnet”) was born and raised in Saskatchewan, where his only introduction to nudism was a chance remark by his father one day in the barn: “wouldn’t it be nice if people were so decent inside themselves that it didn’t matter to them whether they wore clothes or not?” Connett married Mildred Harris in Calgary, and they moved to Vancouver in 1934. On a cross-border shopping trip to Bellingham, Washington, he noticed a copy of the American magazine The Nudist (later renamed Sunshine and Health), which he bought and “smuggled” into Canada. He also read the British magazine Health and Efficiency, which made him aware of the National Sun-Air Association in England, so when he saw a small personals ad in the local paper announcing the formation of a similar group in Vancouver he replied eagerly. Hardy and Lenore Kaye and a handful of others formed the Van Tan Club, now the oldest club in Canada.
In August 1939 there was more than Pacific rain clouds on the horizon, and Connett like many other Canadians enlisted in the army. After training in signals on Vancouver’s Tower Beach (his first exposure to Wreck Beach), Connett was off to Ontario for training at Camp Borden and the Royal Military College before shipping out to England in 1941. He eventually saw service in Italy, and returned home in 1945.
Connett’s time in England shaped his future nudist career. “Long ago in wartime England, when friendly clubs made a lone Canadian nudist welcome, the dream was born, the idea that someone must take up the cause of nudism in Canada.” Connett carried with him letters of introduction from the Kayes to the Arcadians of Sun Hill, a club near London which later became the North Kent Sun Club. Through them he met the editor of the Sun Bathing Review and started writing articles on Canada and the United States, while also submitting articles and pictures on England to Sunshine and Health and to Sunbathing for Health, whose publisher he had met in Toronto in 1941. Connett also visited the Heritage and North Durham clubs, and in 1943 he participated in the founding meeting of the British Sun Bathing Association “in the back of a little tea shop in the shadow of the British Museum.” Even on active duty Connett found time for nudism in the fields and hills and beaches of Italy, and urged his fellow soldiers to keep their “freedom from inhibition” alive after the war. “My experience abroad strengthened a determination to see nudism grow in strength and power in Canada.”
Back home in Vancouver, Connett rejoined the Van Tans and caught up on wartime developments in the ASA. In 1946 he attended the founding meeting of the Northwest Conference, a regional grouping of ASA clubs in the Pacific Northwest, at the Cobblestone Club in Yelm, Washington. This event, along with his British experience, inspired him “to do the same for all of Canada.”
By now Connett was convinced that publicity was the key to everything. On his return from England he had stopped at the office of Sunbathing for Health in Toronto to renew contact with the publisher, whom he had met while training in Ontario. Connett offered to write a regular column of Canadian content with news, feature articles, and a directory of clubs—all patterned after the Sunshine and Health model. The publisher, T.H. Sinnott, accepted the proposal in summer of 1946, and the “Sunny Trails” column was born (the name “came to mind,” and Connett stuck with it, using it for his own newsletter/magazine and his own nudist club).
In the December 1946 issue of Sunbathing for Health Connett asked plaintively, “is there a nudist in the house?” Recounting his meetings in England and in the United States, where he was constantly asked “what about nudism in Canada,” and recalling his wartime conversations with fellow Canadians where he learned of furtive groups in Edmonton, Regina, and Toronto in addition to his own Vancouver club and neighboring Victoria group, Connett wondered: “maybe there are nudists in Canada, maybe there aren’t, and he asked his readers to let him know.”

By May 1947 Connett had reports on half a dozen clubs and groups from across Canada. His own club, the Van Tans, led the way.”

This is just one section of the book where Ray Connett is mentioned. His role in the beginnings of Canadian naturism is so important that his name is referenced 173 times in the 274-page book.