Home » History of the Natural Environment around Bare Oaks

History of the Natural Environment around Bare Oaks

Bare Oaks Family Naturist Park is located on the edge of the Oak Ridges Moraine and in a Natural Heritage System section of the Ontario Greenbelt. These are areas of the Greenbelt that contain highest concentration of the most sensitive and/or significant natural features and functions. 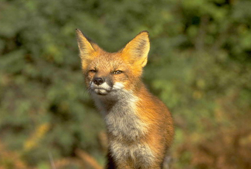 When the glaciers last began to melt, a crack developed in the area of the current Moraine which eventually widened to form an opening where melt water and debris such as sand and gravel that were previously trapped within the glaciers were deposited.

The complicated geological history which has led to the development of the Oak Ridges Moraine makes the landform what it is today. It ranges in width from 1 km to 15 km and has undulating topography made up of gravel, sand and some silt. One of the most significant features 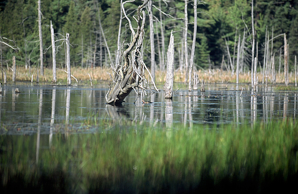 of the Moraine is the ground water which results from rainwater percolation into the generally porous soils of the Moraine. The Moraine forms the watershed divide between Lake Ontario and Lake Simcoe and is the headwaters to more than 30 rivers. The aquifer below the Moraine contributes to both local and regional ground water flows.

The varied geology of the Moraine has also contributed to the diversity of vegetation that can be found there. This includes 100 regionally rare, 5 provincially rare as well as a few endangered species. 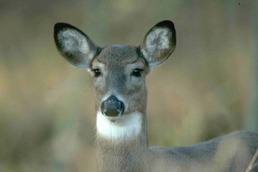 The Greenbelt protects environmentally sensitive land and farmlands in Ontario’s Golden Horseshoe area from urban development. These lands will serve as a legacy for all Ontarians by preserving and enhancing our natural and cultural heritage.

Learn more about The Greenbelt

There are two rivers at Bare Oaks. Harrison Creek flows along the north end of the property and joins the Black River that bisects our land. We are at the headwaters of the Black River. By the time it flows into Lake Simcoe in Sutton, it is a significant river. Both rivers are incredibly important to the natural habitat at Bare Oaks and responsible for the incredibly diverse wildlife that can be found throughout our property.

The following is an excerpt from the report State of the Watershed Report: Black River Subwatershed, by the Lake Simcoe Region Convervation Authority:

The Black River Subwatershed is primarily a rural subwatershed with agriculture as the main land use. Good forest cover still exists throughout much of the subwatershed. There are several communities throughout the Subwatershed including Sharon, Holt, Mount Albert, Zephyr, Brown Hill, Baldwin and Sutton. The Subwatershed lies in the municipalities of Whitchurch-Stouffville, East Gwillimbury, Georgina and Uxbridge. This includes two regional municipalities, specifically York and Durham Regions. The Subwatershed ecosystem has felt the impact of human activities associated with changes in land use and development. It is therefore relevant to briefly examine the history of the Black River Subwatershed to appreciate these changes.

The History of the Black River Subwatershed

The Black River Subwatershed saw some of its first human inhabitants after the retreat of the Wisconsin Glacier more than 3,500 years ago. The native inhabitants included nomadic hunters, the Laurentian Indians and the Woodland Indians. Just prior to the arrival of the Europeans, the Iroquois occupied the region. This group had a strong presence in the area since the 12th Century.

Settlement of the area began in the 1790’s in the southern headwater areas of the Black River Subwatershed but it was not until the 1820’s that settlements reached the mouth of the river. In 1821, Samuel and Rufus Birchard settled along a tributary of the Black River in what is present day Mount Albert. The community that grew around them was originally called Birchardtown, then shortly there after changed to Newlands. In 1860, to honour the Prince of Wales visit to the area, the name was changed a last time to Mount Albert.

One of the first settlers in the northern portion of the Subwatershed was Capt. William Bourchier after which the first community in the area was named, Bourchier’s Mills (later named Sutton). Jackson’s Point was also originally named after Bourchier until he sold the land to his father-in-law John Mills JacksonWilliam Bourchier’s namesakes grew rapidly due in no small measure to their close proximity to Lake Simcoe. The Lake not only supported a healthy fishery, was a port for schooners and steamers, but was also renowned for its ice which was shipped as far as the United States. Tourism also developed into a major industry for the area and when the Radial Railway came to the area, it brought some of Ontario’s first cottagers and seasonal residents as well.

Throughout the rest of the Black River Subwatershed, industry in those early years, was understandably resource based with logging and agriculture being the main industries. The logging industry was advanced considerably by the coming of the railroad, so much so that within 50 years the area was mostly stripped of Detrimental effects of deforestation. (Durham Region, 1930’s) marketable lumber. Due to this over logging, the ability of the land to store water was lost and severe spring flooding resulted. The summers brought intense droughts to the area and wind erosion was so severe that some roads were blocked by the shifting sands. To mitigate these impacts a reforestation program was adopted in 1911, with the passing of the Counties Reforestation Act, and subsequently by the Reforestation Act, which was passed in 1921. The Reforestation Act enabled the establishment of tree nurseries and the supply of tree seedlings, in addition to planting and management by the province. Counties were able to purchase barren farmland and place it under “management agreement” with the Department of Lands and Forests. This eventually led to the establishment of municipally run reforestation areas such as York Regional Forest tracts which exist today.

Agriculture has remained as one of the prominent land uses in the Black River Subwatershed, however, agricultural practices have changed over time. The small mixed crop homestead type farms were replaced as new machinery allowed farmers to increase production. During the forty year period between 1941 and 1981, the number of farms throughout the area decreased significantly. This was due to a cycle of economic pressure to produce more for less which forced farmers to adopt new farming methods and practices. The use of chemical fertilisers to improve crop yield had become a common practice, livestock operations increased the size of their herds and fence rows were removed to create larger fields. The net effect was fewer, larger, very intensively managed farms which used up soil resources and concentrated livestock waste.