14% of Canadians are willing to join us 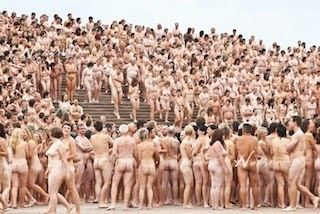 The results of the 2014 survey on Canadians’ experience and attitudes toward nudity and naturism are now available.

Identifying the size of the naturist movement has always been challenging. While it is easy to count visitors/members of Bare Oaks Family Naturist Park and other clubs, that represents only a small portion of participants. That question was first answered through a 1999 survey. But are the results still relevant a decade and a half later?

We wanted to update the data, determine trends, and reaffirm the original conclusions so Bare Oaks Family Naturist Park coordinated the efforts of the Federation of Canadian Naturists (FCN)and the Fédération Québécoise de naturisme (FQN). A new survey was commissioned using an Ipsos panel to ask a similar but more in depth set of questions. The survey was designed, implemented and interpreted by Mark Wilkins Communications.

The results show that interest in naturism is up from 1999. Here are some of the conclusions:

You can read the complete survey at: