The Sarong: Destroyer of Naturist Worlds! 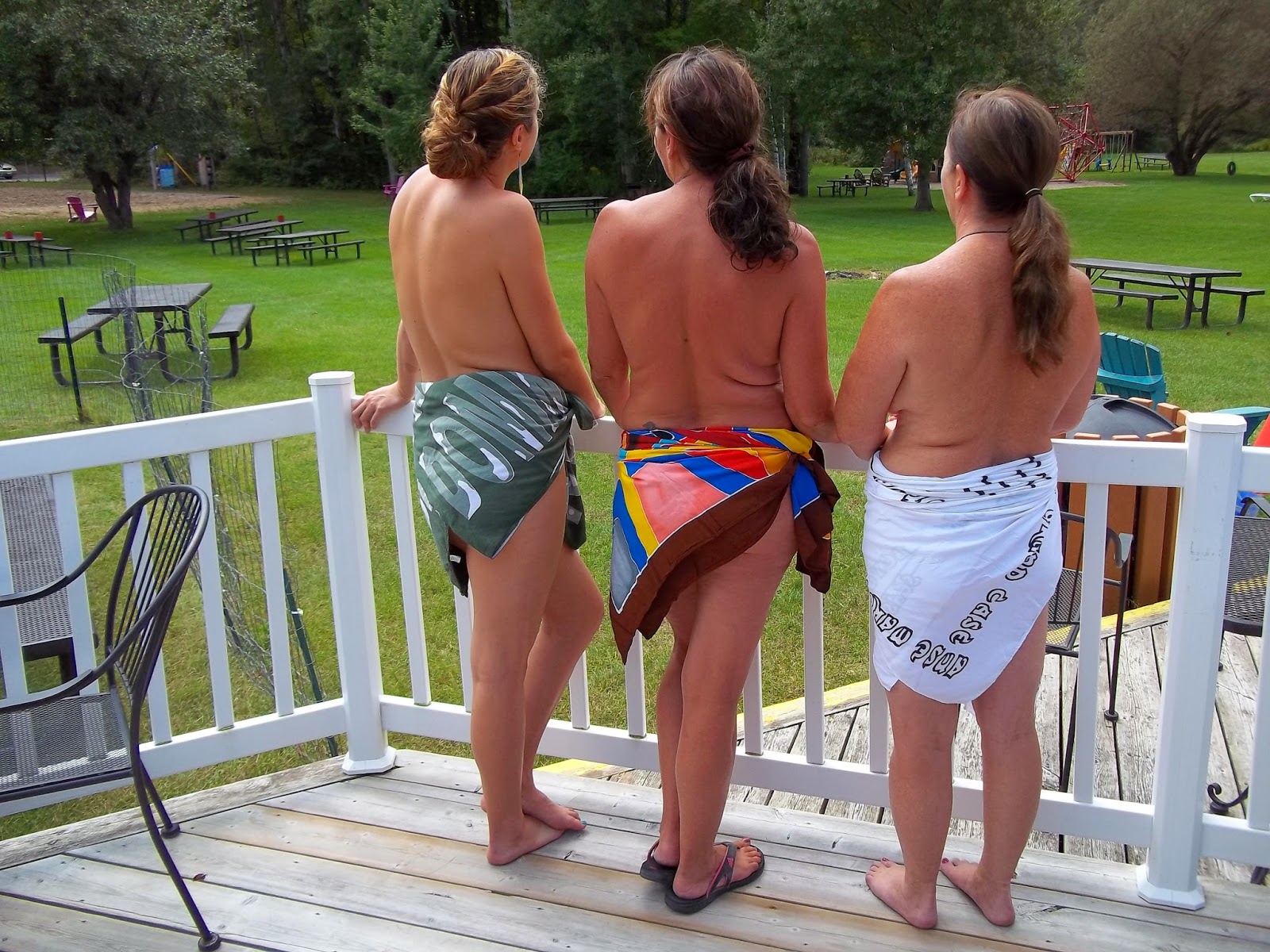 The Sarong: Destroyer of Naturist Worlds!

by Stéphane Deschênes in collaboration with Michel Vaïs

On a recent visit to a naturist resort in France, I was struck by the multitude of people wearing clothing away from the beach and pool (nudity was mandatory in those places). Women seemed to have a particular affinity for the sarong, also known as a wrap or pareo.

But naturism is a philosophy, not just a dress code for the beach or pool. So I decided to make some inquiries in order to better understand the reasons behind these sarongs.

Early explanations were about practicality: “I always have something to sit on.” But is it really more practical to carefully tie a sarong around the waist than to just casually drape it around your neck or over your shoulders? I also noted that most of these women carried some sort of bag that would easily have accommodated the thin sarong. Clearly, practicality didn’t seem like a valid rationale, so I persisted with my investigation.

When I discussed the topic in more depth, some admitted that they felt uncomfortable being nude while so many other women were covered up. We now see the reintroduction of clothing as a tool of embarrassment. That is consistent with the textile world, where the sarong is commonly worn for “modesty” to cover up a bathing suit.

Some explained that they felt more attractive wrapped in the colours and styles of the sarong. Here we see the reintroduction of body shame. One woman even said that she felt more “feminine” when wearing a sarong. Imagine believing that cloth is more feminine than your own body!

Of course, as so many women cover up, it is predictable that men would begin to feel some discomfort and embarrassment as well. So not surprisingly, shorts were very common among men—an item of clothing that, without a shirt, does nothing to keep the wearer warm.

Marc-Alain Descamps, the French social psychologist who wrote many treatises on naturism, said that “the reciprocal visual bestowal of complete nudity defuses the exhibitionist/voyeur relationship.”1, In other words, a nude person in front of dressed people may feel somewhat exhibitionistic and perceive them as voyeuristic. That creates an imbalance that results in emotional discomfort.

While the majority of women wrapped the sarongs only around their waists, some were wrapping their entire bodies. This is clearly a sign of further expansion in the redevelopment of body shame.

Although nobody expressed any issues of social status, I suspect that it will eventually creep in as well (if it hasn’t already done so). Wearing the “right” sarong or demonstrating your wealth/status through more expensive designs/materials can’t be far behind.

It was not possible to determine how many had devolved back into a textile mentality versus those who had never achieved an enlightened naturist outlook. But clearly an environment where the people around you are generally dressed is not conducive to a successful adjustment by those who are new to the movement.

The sarong is like a virus from the textile world. On the surface, it appears innocuous. But as you can see, it can easily re-infect our minds with the negative attitudes towards the human body that we are fighting. It becomes a tool for shame, status, allure, and enticement. As naturists, we must be forever vigilant against these incursions from the outside world. We must recognize them and stop them before they destroy our worlds by making our philosophy meaningless.

Nudity is not the objective of naturism. But it is a fundamental tool to achieve the movement’s goals. Out of respect for others, we must make an effort to present our complete, authentic, and open self.

Like everyone else, we use cookies for marketing purposes and to ensure that we give you the best experience on our website. If you continue to use this site you are agreeing to it. You also agree that your use of this website and your interactions with Bare Oaks Family Naturist Park shall be governed by and construed in accordance with the laws of the province of Ontario in Canada.OKNoRead our privacy policy for more details