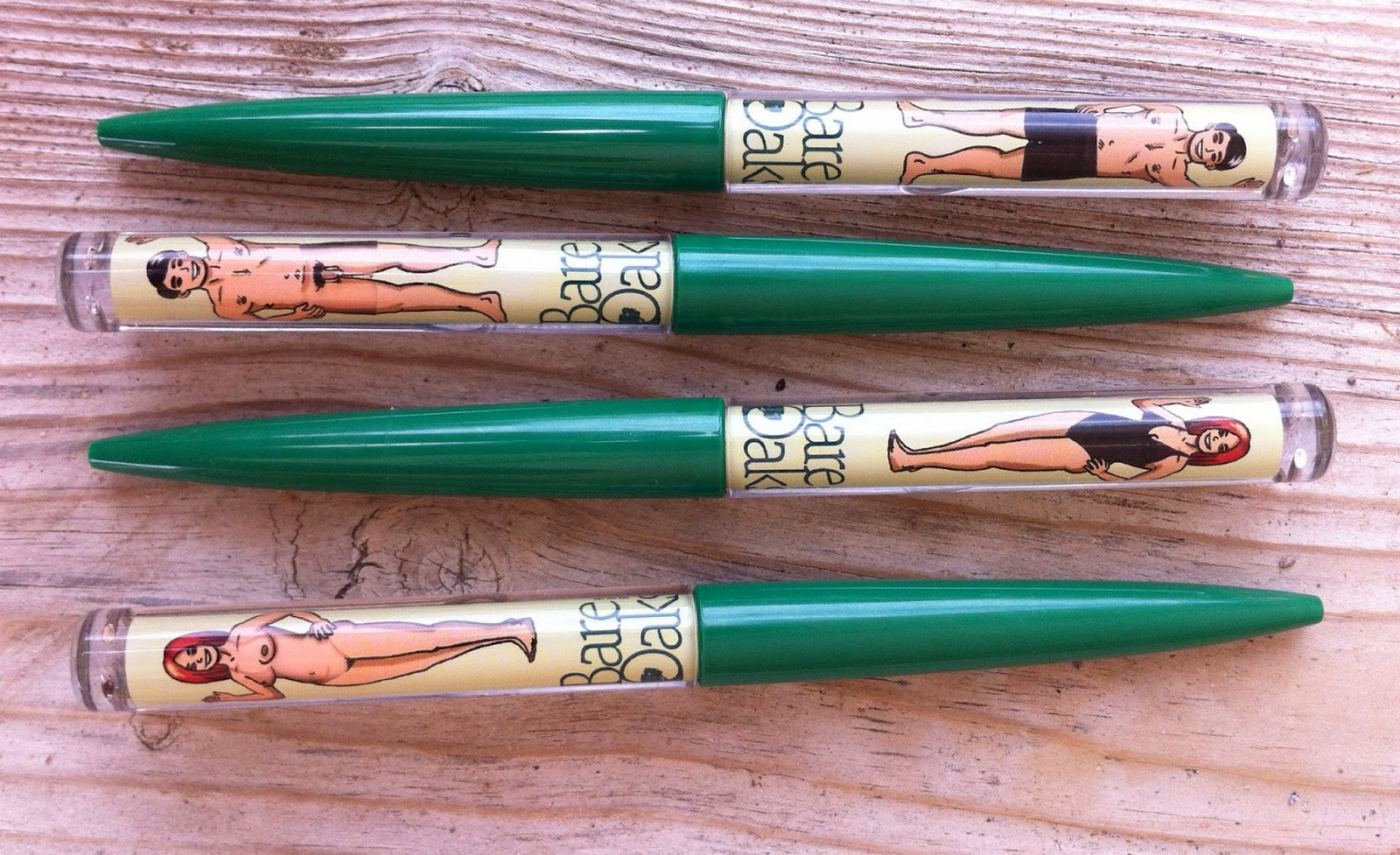 Most people have heard of the classic tip and strip pen. It seemed like a fun thing to sell at Bare Oaks except that the popular version of the pen features people who look/pose like strippers. So we decided to commission our own version using an illustration by Australian artist Stephen Crowley (author of The Bare Pit, Loxie & Zoot and The Koala Bares). So instead of stripping the people, we are liberating their bodies from the oppression of textiles! Since there wasn’t enough room for two people, we produced two versions – a woman and a man.

The pens are not a cheap Asian imports. They are made in Denmark by Eskesen A/S. The company was founded by Peder Eskesen in 1946 in a small basement. In the 1950’s Esso asked Eskesen to produce a ballpoint pen with a small oil drum floating up and down in clear oil. (mineral oil is used instead of water for smooth action) That was the start of the “floating action pen” known as floaty pens or floaties.

According to a November 17, 1996 article by Mary Melton in the Los Angeles Times, the idea of an oil-filled pen wasn’t new but what Peder Eskesen perfected was the sealing process so that the oil doesn’t leak out. Even now, the technique is carefully guarded. It was never patented so they wouldn’t have to reveal their secret.

Today 90% of the world’s floaty pens are still produced by Eskesen. They are all made at the factory in St. Merløse on Zealand, Denmark; about 1 hour’s drive from Copenhagen. Many of the pens have become collectors’ items prized by the many admirers around the world.

You can get your own Bare Oaks floaty pen either in person at the Bare Boutique at Bare Oaks Family Naturist Park or through our online store.