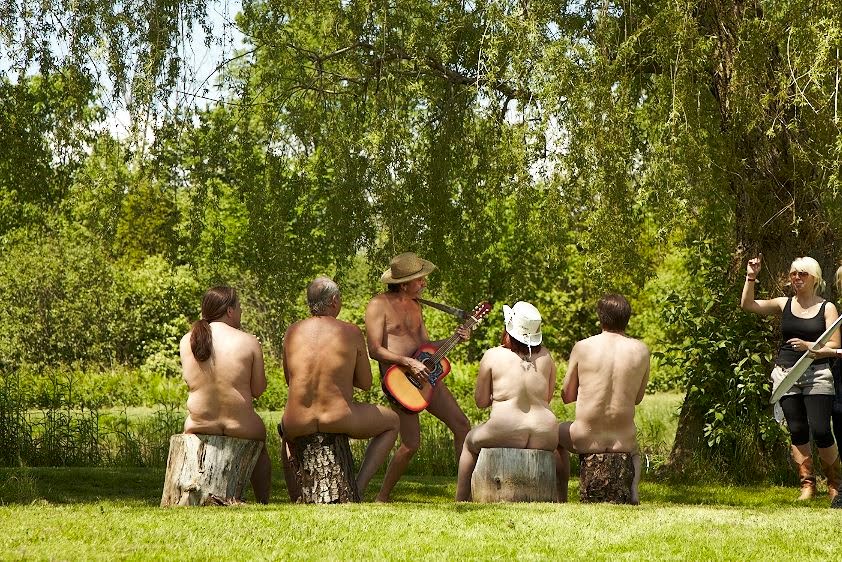 In early June, we received a call from Westside Studios, Canada’s largest Advertising and Design Photography facility. They were inquiring about using the park to shoot some photography featuring nudity for a campaign they were putting together. Having spent 15 years in advertising, I was very familiar with both Westside Studios and the process. I jumped at the opportunity. It was a chance to make a bit of money in location fees and it would also be fun. I didn’t know who the client was nor did I know what kind of photos they would be taking. But I wasn’t worried because I knew that any work done by Westside studio would be for a major and very public campaign. Besides, the ad most certainly wouldn’t name Bare Oaks as the location anyways. They were coming to us because, when you want to shoot people naked outdoors, your options are limited. We agreed tentatively on June 12th. The final decision would be made the day before depending on the weather.

As the cast and crew arrived very early in the morning, each one very nervously entered our main office. The producer came to the front desk and explained that two of the models cancelled out at the last minute. (cold feet?) He asked if we knew anyone at the park who would be interested in stepping in. He then added that it was a paying job. Well, I’m nude all day anyway and it certainly doesn’t bother me to be in an ad campaign so I jumped right in. Stony, who happened to be hanging around was also quick to volunteer.

While being nude in an ad is no big deal, being a model is certainly a lot of work. It took most of the day to setup 3 scenes and shoot enough material for the 3 pictures they wanted. The non-naturist models were a bit apprehensive at first but soon got right into it and stopped getting dressed between sessions. I guess having Stony and I nude all the time probably helped them. Plus the other members who kept walking by and watching also set the tone. None of the crew stripped off but that was probably due to the peer pressure of being there with their co-workers. The models had the excuse to be nude since that was their job. But an excuse was not needed that day given the warm sunny weather.

The photographer, Matt Barnes, did take all his clothes off for the group shot at the end. And one of the models loved Bare Oaks so much that she has since spent several days at the park with her friend. 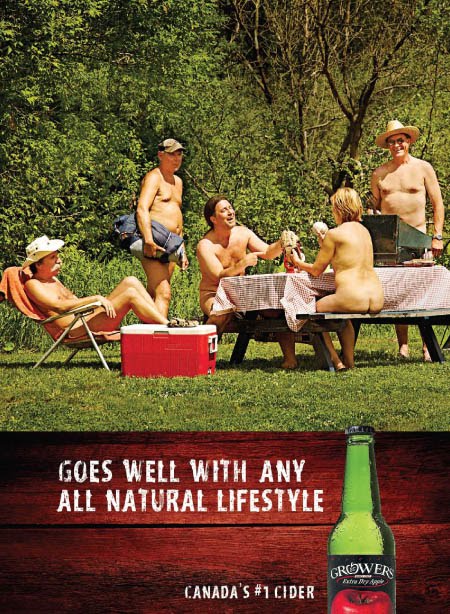 The campaign is for Grower’s Cider. The original ads were on billboards and transit shelters in British Columbia and Alberta at the beginning of the summer. The ads feature images of naturists enjoying Growers in various outdoor settings with headlines like, “Being All Natural is Quite Refreshing. And Chilly.” Andy Shortt, the founder of HQvB, the agency behind the campaign says that Growers is a natural and unassuming brand, and “who’s more unpretentious than people who don’t wear clothes?”

That set of ads was so popular that it inspired a new promotion. I was contacted in August for permission to use my likeness in the extended campaign. I didn’t mind and it also meant more money! 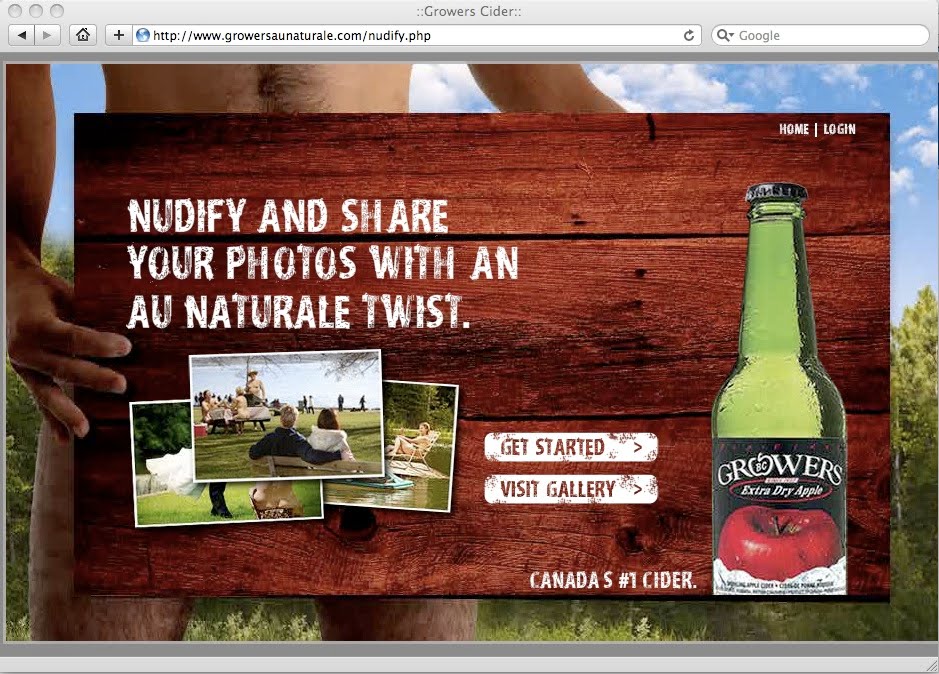 They created a website where you can upload any picture of your choosing and have the site “nudify” the pictures which are then posted to the site’s gallery. Three pictures will win $500. By “nudifying” they mean that you insert the picture of one of us (the original models in the ads) into your own picture. “You can take any bland, boring holiday or family photo and you put a nudist into it, it makes it kind of funny,” said Shortt. Naturists have so far been added to events like family camping trips and wedding pictures.

Take a look yourself: http://www.growersaunaturale.com/