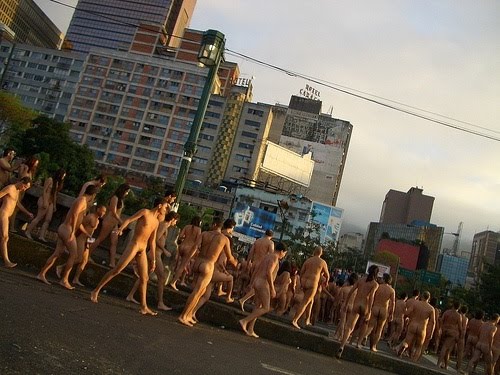 In Winnipeg, Ray and Sue Ryynanen, who are the owners of the land where the Crocus Grove Sun Club resides, decided to turn it into a textile campground and rename the property as Sandhill Pines. The media naturally jumped to the conclusion (with the recent stories about the closing of Glen Echo) that naturism in Canada was on the decline. This resulted in some press coverage for Bare Oaks Family Naturist Park because we are an exception to that conclusion. The Crocus Grove Sun Club is also disagreeing with that inference. They are actively looking for a new property.

I’ve said it before and I’ll say it again: naturism is clearly not shrinking. Bare Oaks is now getting close to 500 members. That’s almost 4 times the membership from 3 years ago!

And there’s a lot more room for growth. A 1999 survey commissioned by the Federation of Canadian Naturists determined that 8.9% of Canadians were interested in naturism. The Ontario Government estimates that the 2010 population of the GTA – Greater Toronto Area (Toronto, Durham, Halton, Peel, & York) is 6,197,190. We could also easily add Simcoe & Kawartha Lakes in our market area. In fact, we have members who live even further away than that. But for the sake of our calculation, let’s limit ourselves to the GTA definition. At 8.9%, we therefore conclude that 551,550 people in the GTA are interested in naturism. Even if we assume a huge margin of error in the survey (which is unlikely) and the number is actually 100,000, we still have more than enough business to overwhelm Bare Oaks. Clearly we need more naturist clubs not less.

Interestingly, a very recent poll in Australia also showed that interest in naturism is growing.

So why are clubs closing? I see many reasons. There are clubs that haven’t changed their services and amenities since the 1970s. Sometimes clubs have been so poorly run as businesses that nobody wants to take them over when the owners want to retire. In some cases, members and visitors have put up with such a lack of amenities and such poor service that they have given up. I have also seen clubs that have lost the passion for naturism which has, in turn, made their existence irrelevant. And far too often, naturist clubs have done a deplorable job of marketing themselves.