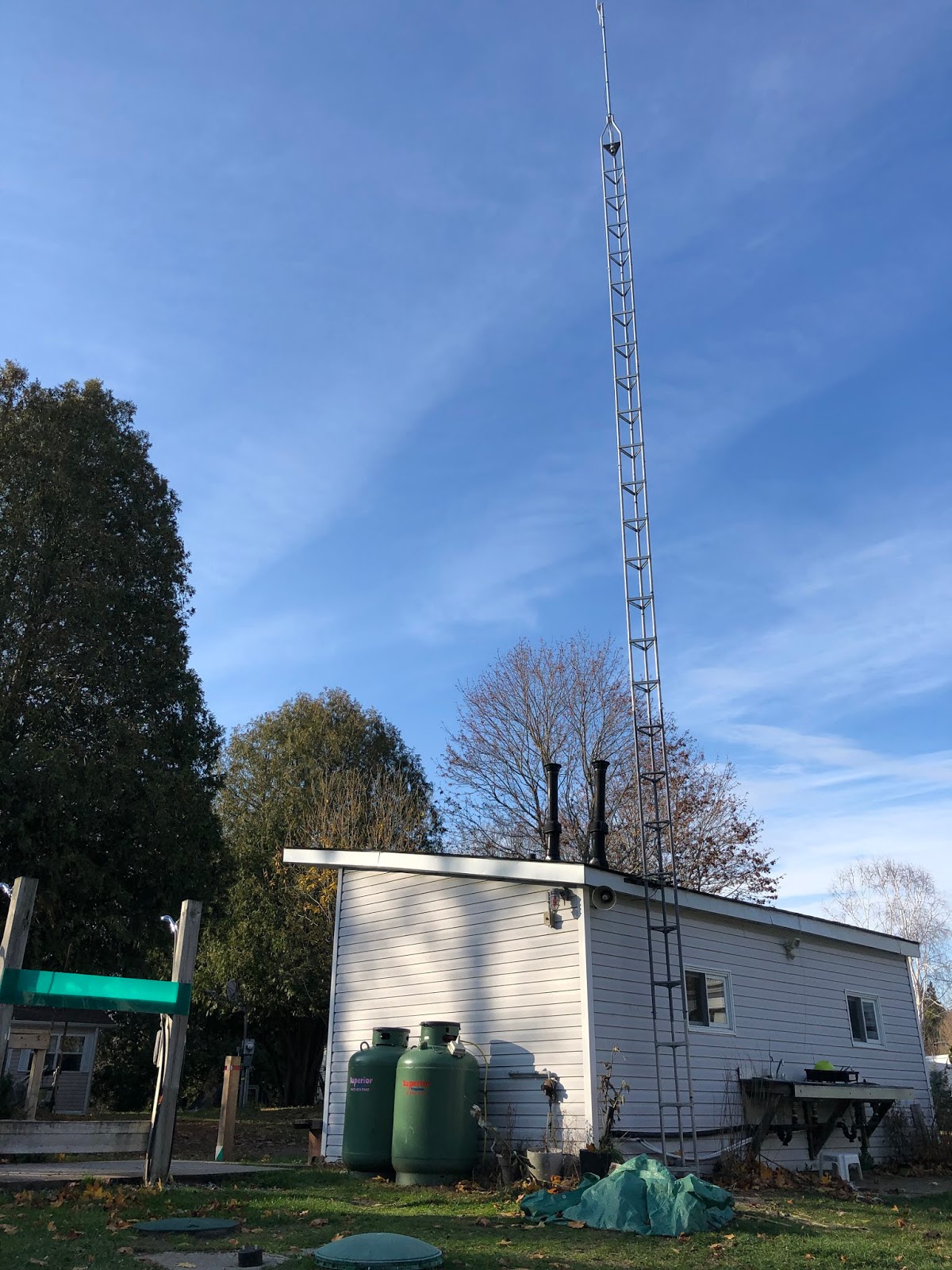 For many years, our internet service was so slow that if more than a dozen people were using it at the same time, it became difficult just to load a simple web page. Then for 2018 we finally managed to get decent high speed by way of a dedicated wireless connection. Suddenly it was possible for many people to watch streaming video at the same time!

But as more and more people took advantage, it became obvious that the WiFi network was no longer up to the task. We upgraded a number of pieces of equipment but Beckett Circle was always slow on busy weekends.

The problem was that to get to people in Beckett Circle, the internet had to go through as many as 6 WiFi nodes in the mesh. At each point, a little of of speed was lost and a little bit of lag was added. So in the fall of 2019 we installed a tower at the Beckett Circle washrooms with a direct, high speed, wireless link to the internet. It has made quite a difference. Now everyone who connects is only one or two hops away from the main feed.

We will be watching usage over the summer and may still make a few adjustments to make it all more efficient. For example, if we see one node being much busier than others, we may add another one.

One thing we can’t fix is the reception that people get in their trailer. Some have metallic cladding which turns them into partial faraday cages. The difference can be dramatic. One member recently reported speeds of 0.2Mbps inside their trailer and 5.0Mbps outside!

Both of the issues above have been solved by some members by creating a local WiFi network in their trailer using a router with an external antenna. But not all routers will repeat a WiFi signal. We’re told that the Alfa WiFi CampPro 2 works for them. Please ask at the office if you want more information.

Below is a diagram that explains the change in our network. Not all WiFi nodes are shown; just a few in order to illustrate how things changed. 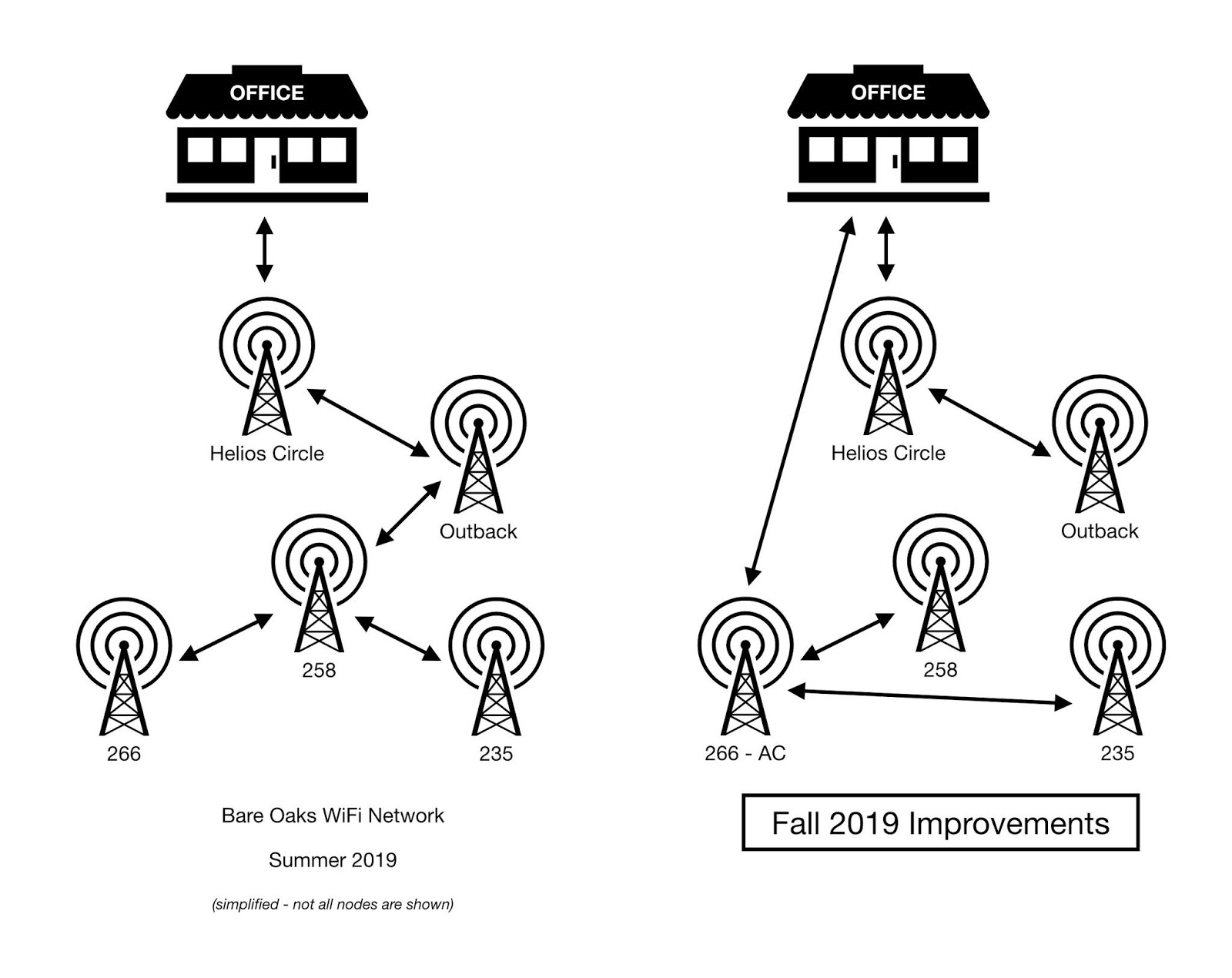