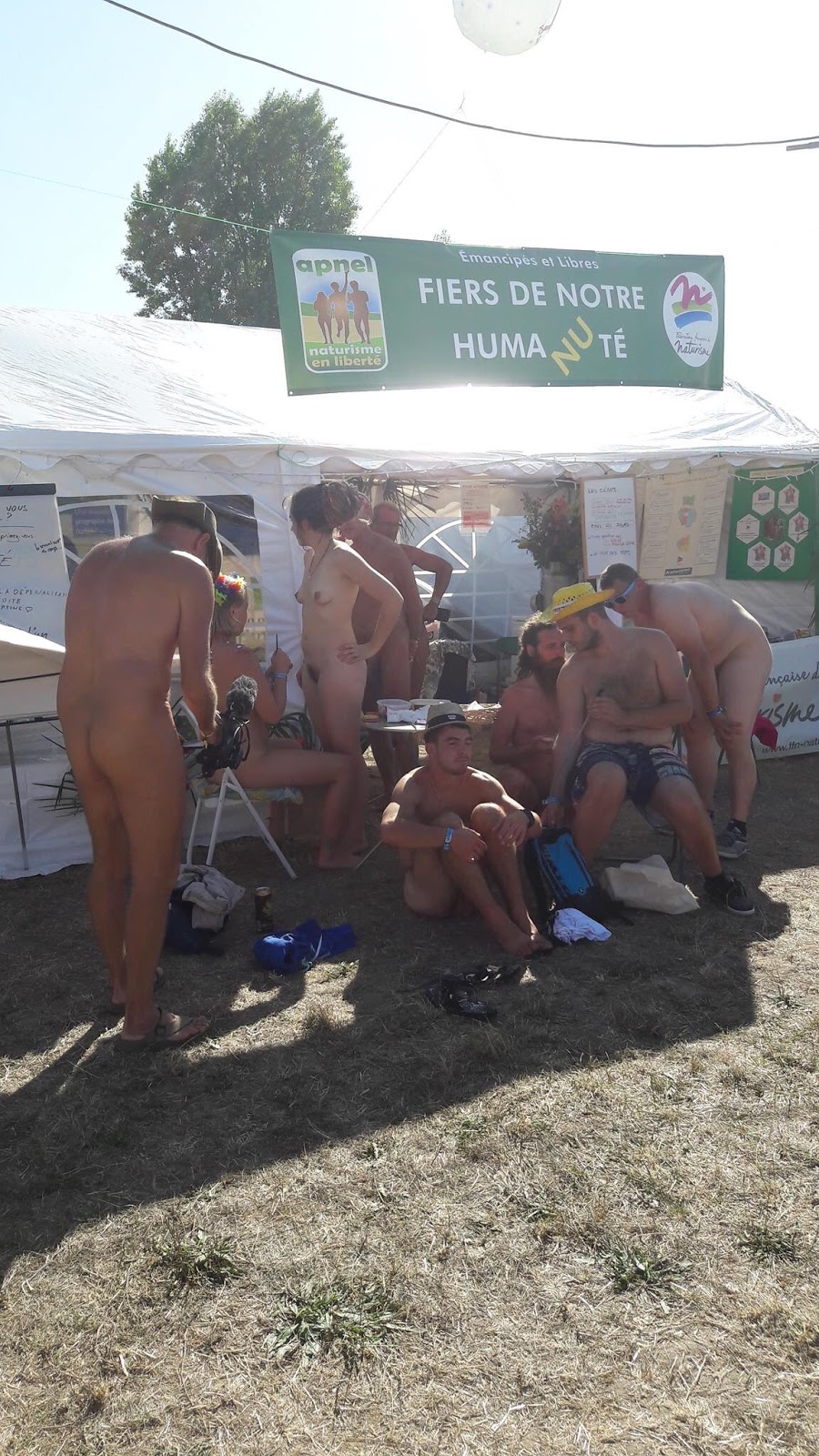 This picture looks like a typical naturist activity – but it’s not. This is a booth promoting naturism this weekend at the Fête de l’Humanité. It roughly translates to Festival of Humanity and it attracts over half a million people to a 415 hectare (1025 acres) park north of Paris. Started in 1930, it has become a massive cultural expo and concert. Over the years, it has featured many acts including big names like Pink Floyd, The Who, Joan Baez, and Avril Lavigne. 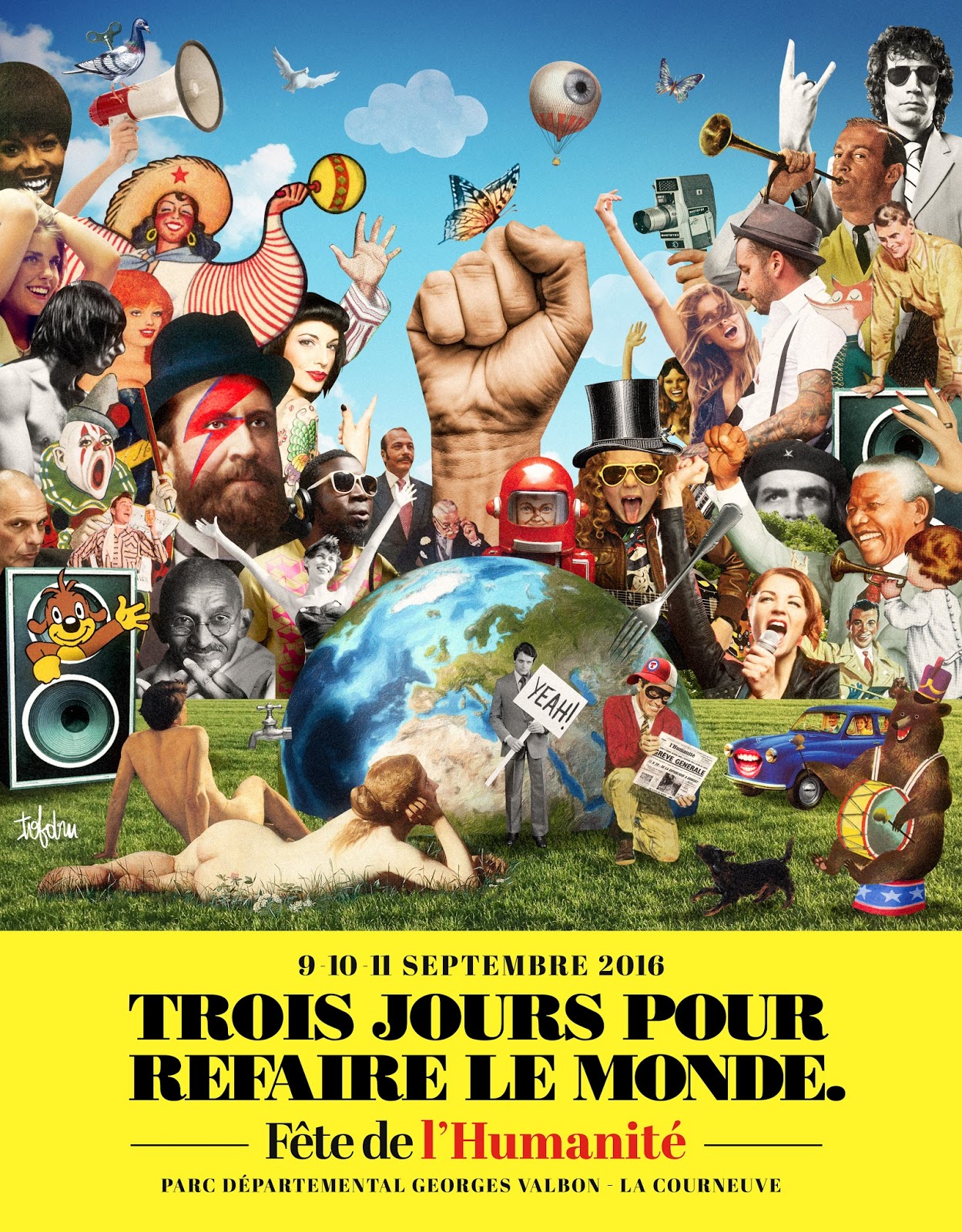 According to a report on the France Bleu website, it all started with the poster for the festival that featured a nude man and woman. This motivated the leaders of the Association de Promotion du Naturisme En Liberté (APNEL), which translates to the “Association for the Promotion of Liberated Naturism”, to approach the organisers with the idea. Much to their surprise, they agreed both to the booth and to the exhibitors being nude. So with the support of the Fédération Française de Naturisme (FFN), the naturist federation for France, they organised this booth at the festival. Their own promotional materials feature a clever play on the word “humanité”. They replaced the “ni” with “nu” which means “nude” in French.

While people in North America believe that France is far more tolerant about nudity, that is not always the case. Yes, it is true that Germany and France are the cradles of naturism. And there are more naturist resorts in France than anywhere else. But outside of the naturist clubs, resorts, and beaches, nudity is very restricted. For example, unlike in Canada and some states in the USA (like New York) women do not have the right to be topfree. And unlike in Germany, being nude in a public park will get you arrested. So having this level of nudity at a large textile event is quite unprecedented.

Yves Leclerc, the vice-president of the FFN is quoted as saying “We are in hundreds of selfies. We have even had people from other booths who came and got undressed to pose. It was unreal.”

Jacques Frimon, vice-president of APNEL,  says that the people who are bothered by nudity are rare. He added that even some tourists from Iraq were just amused by the nudity.

The France Bleu article says that when people see them, the first reaction is to smile or laugh to hide their discomfort. Then, because this is the 21st century, everyone pulls out their smartphone to take a photo or selfie.

Well done APNEL and FFN! That’s the way to promote the naturist movement!

You can watch a video (in French) here:

Here is the link if the embedded video does not work: